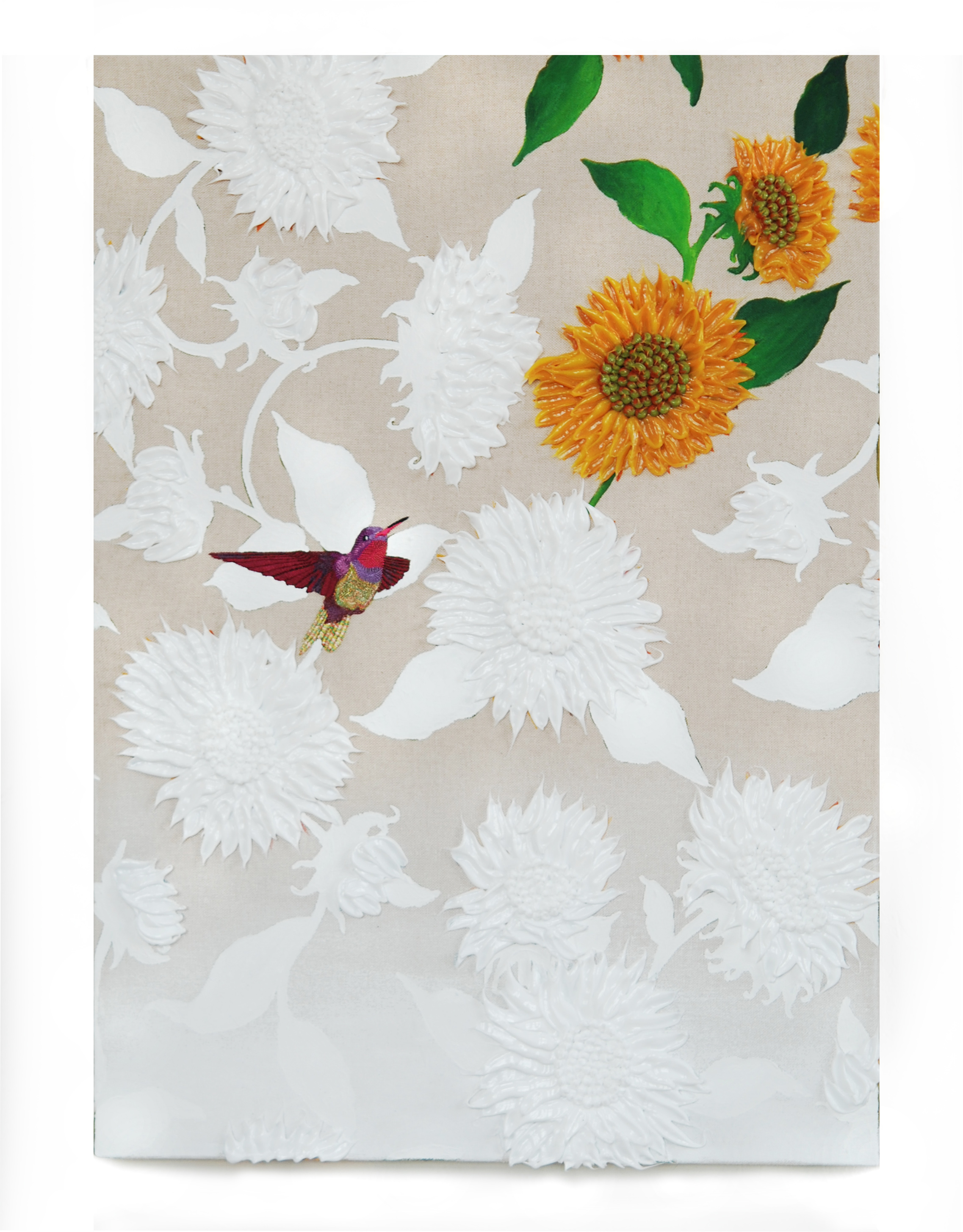 In May 2015, while I was in the W2 complex on a long-planned working visit to ‘s-Hertogenbosch, I got a spontaneous invitation to visit Arjan van Arendonk’s studio, which I had never been to before. On arrival, I walked in to find the walls lined with many of his most recent works, inspired by a trip to South Africa. Visually and in terms of their composition they are significantly different from Arjan van Arendonk’s earlier work. On the beautiful summer day on which I found myself in his studio, his love of painting was literally and figuratively splashed all over the studio walls.

Without losing sight of the attention to quality and composition or the pictorial principles that inform his work, Arjan van Arendonk was inspired by his stay in South Africa to create exciting new works such as ‘Nobody Said It Would Be Easy’, ‘A Whiter Shade of Pearls’, ‘Escape From Reality’ and ‘Lost’. The main thing that struck me looking at his most recent work is that Arjan often almost entirely covers the printed fabric that he uses as his medium.

In ‘Nobody Said It Would Be Easy’ and ‘Lost’ this results in a remarkable, layered kind of tension, with rhythmic patterns in the half-obscured background shining through the subtle, semi-transparent layer of acrylic and silicone. This creates an exciting visual dialogue between the spotless, white surface layer and the mysterious, dark background layer.

Like the cherry on top of this fascinating, innovative cake, there are, analogous to the exotic butterflies in ‘Finally’ or ‘Survival of the Fittest’, embroidered or printed birds in contrasting colours. The work creates the illusionistic sense of these birds moving gracefully and purposefully at this curious interface of monochrome reality and polychrome mirage.

What’s also striking is that Arjan van Arendonk abruptly cuts off the figures in his compositions at the edges of the canvas, making the worlds that are depicted, rich with floral and insect life, seem as if cut out from a greater whole. Like a cameraman, he zooms in on the subject of his attention, scrutinising it in extreme close-up.

Every now and then, he alternates a relative frugality of style with a more baroque approach. Compare the near-monochrome ‘Lost’ with the rhythmic ‘Tropical Invaders’, or ‘Prelude dans les Orchidees’, ‘Survival of the Fittest’ or ‘Welcome to the Land of Milk and Honey’ works which are so full of energy they seem about to burst off the wall. Expressive trompe l’oeil flowers, birds and insects have been painted with great feeling on top of regular patterns of floral readymade print. In his latest work, Arjan van Arendonk creates an atypical, intriguing interaction between original and copy, between reality and illusion, between nature and culture, revealing a depth of philosophical sophistication. One can only hope that his future travels will give a similar creative impetus to his surprising body of work.