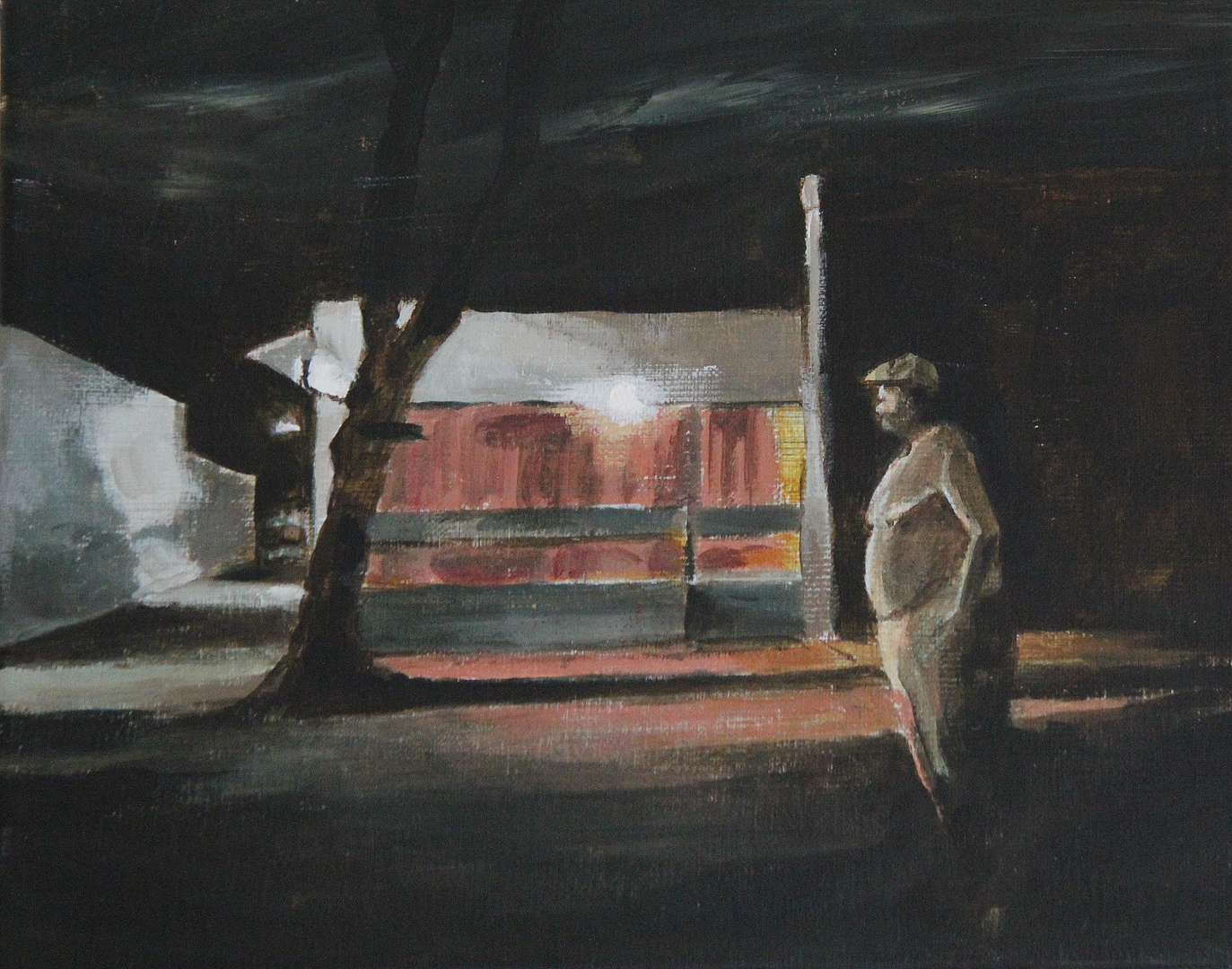 Recognition or figuration is an important starting point for his visual art. He paints or draws situations from his immediate surroundings, often based on existing photos. Then he uses his imagination to translate these images in paint or felt tip pen. The atmosphere in which he places his figures is not easy. Descriptions of what it evokes in the viewer vary between desolate, enigmatic and absurd. He himself calls it ‘ the twilight world ‘; he paints not what actually takes place, but what might happen if you let your imagination run wild.

Technically, this talented artist uses a wide range of visual elements to the fraught atmosphere. Against a dark background the figures light up out of nowhere. Image cut-offs and variation in perspective create confusion in the story. Figures stand completely isolated, while their movement or hand gestures suggest interaction. It’s not so much that he applies all of this as a formula. Intuitively he knows how to choose the right form, in order for the story not to look like an easy representation of his imagination.

Special are the drawings with marker pen. Made in an exceptionally virtuosic way, his work seems to consist of multiple layers, almost like a screen print. Color is dissolved and replenished. The pigments of the marker pens dissociate themselves and mingle again. Contours are drawn and then rubbed out. It’s as if he paints with marker pen.