The new exhibition Arcadia at Galerie Wilms will transform the gallery into a balanced palette of colour and scent. A series of meticulously composed floral still lifes by photographer Bas Meeuws, together with scent installations by the artists of SOM Tales of Perfume, form the basis of the exhibition. There will also be a performance by SOM Tales of Perfume during the opening.

Arcadia is a utopian land full of flowers, fruit and forests, clear water, birdsong and an eternal summer. Already in classical antiquity, these elements were part of an ideal-landscape that would once have been there in a lost Golden Age at the beginning of human history.A performance by SOM Tales of Perfume will take place during the opening. Especially for this exhibition, SOM has captured ‘Arcadia’ in a perfume and created it in a very limited edition. This wearable perfume is composed as the source of Arcadia. She is deeply hidden. Exactly as in ancient times a sacred place was walled up for protection.
On 4 December, we will tear down the walls and reveal the source to let you experience Arcadia as a perfume. 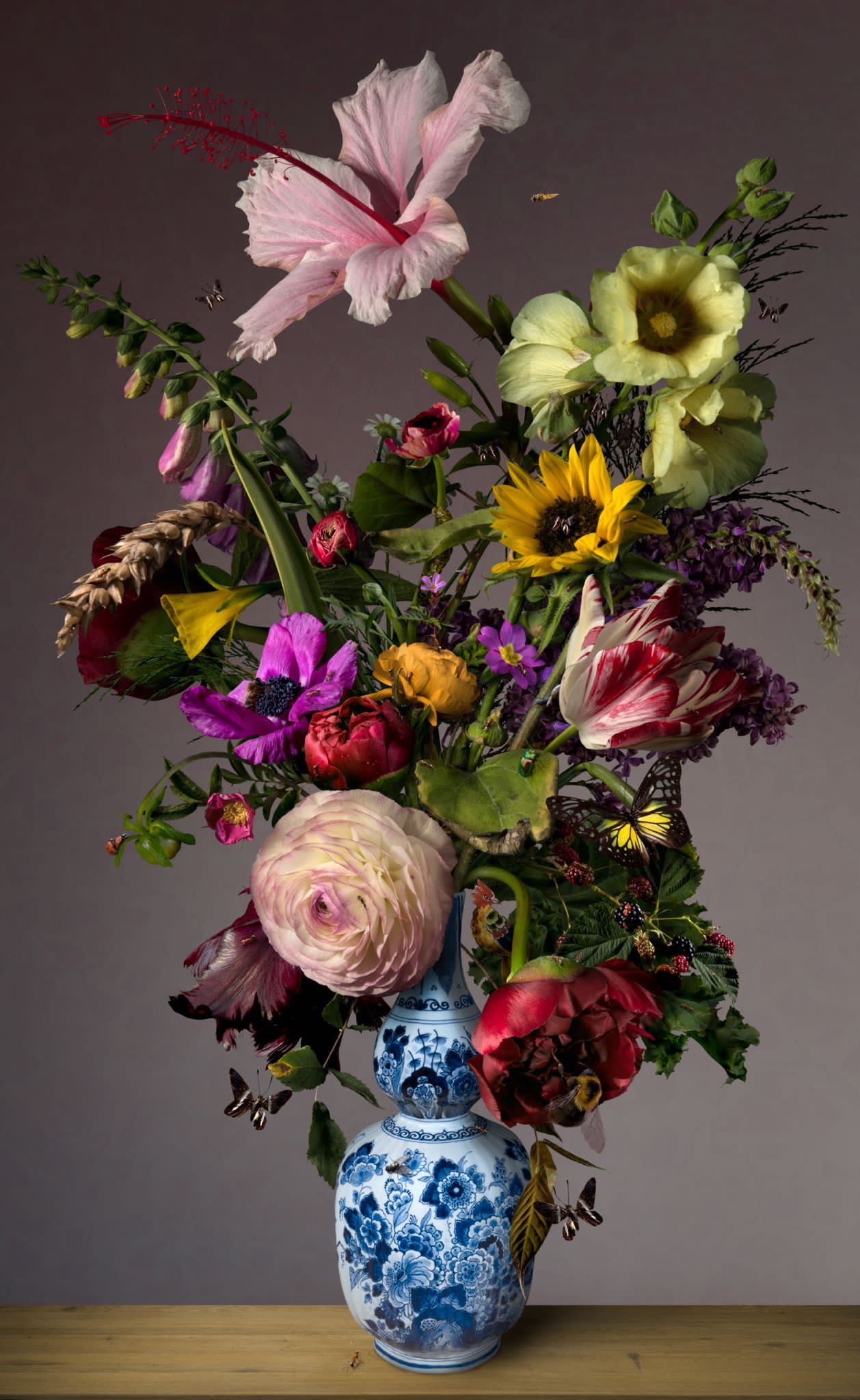 Bas Meeuws breathes new life into the traditional Dutch genre of flower still lifes. He composes his pictures as the old masters did: flower by flower, one and all luxury and splendour. The result is layered work that transcends time. For Arcadia, Meeuws created a new series in which each work is composed of different shades of the same colour.

To get closer to nature and reduce the atmosphere of a cabinet of curiosities, Meeuws chooses his flowers differently from the seventeenth-century masters. ‘Of course I use the flowers they used, because they are beautiful. But I also like to show daisies and cornflowers, and I use celery as greenery. In my works, you can see how beautiful native, small plants are, whereas for the ideal, exotic bouquets of the Golden Age, they were often too common.’

The four artists of SOM Tales of Perfume use the richness of nature to create unique objects in which scent plays a leading role. Odour art, also known as ‘olfactory art’, was put on the map by Marcel Duchamp in 1938, when he made the smell of roasted coffee part of his exhibition.

SOM Tales of Perfume’s scent installations work on you on a deeper level and make you experience both your inner self and the space around you in a different way. Characteristically, they diffuse the scents through beautiful gemstones.

Many parallels can be found between Bas Meeuws’ working method and that of SOM Tales of Perfume. For instance, the basis of Bas Meeuws’ work consists of photographs of individual flowers, all photographed with the same light. Meeuws photographs each individual flower several times, in varying positions and with varying intensity of exposure. In this way, he compiles an extensive digital flower library, similar to the tulip books 17th-century painters used as reference works for their flower still lifes.

SOM Tales of Perfume also works with a library of natural, botanical extracts, also called a ‘perfume organ’. The perfume organ is the base from which Juliette Wermenbol, the foursome’s nose, composes SOM Tales of Perfume’s scents. Extract after extract, the fragrances are added with care, precision and attention in an artisanal, traditional way. This is how she ends up with timeless, layered fragrances that each have their own story.

The unique, physical objects and olfactory experiences of SOM Tales of Perfume blend beautifully with the radiant works of Bas Meeuws. Both interweave in their work the beauty and experience of nature, with craft, dedication and technique, so that the works come very close and touch you sensually. 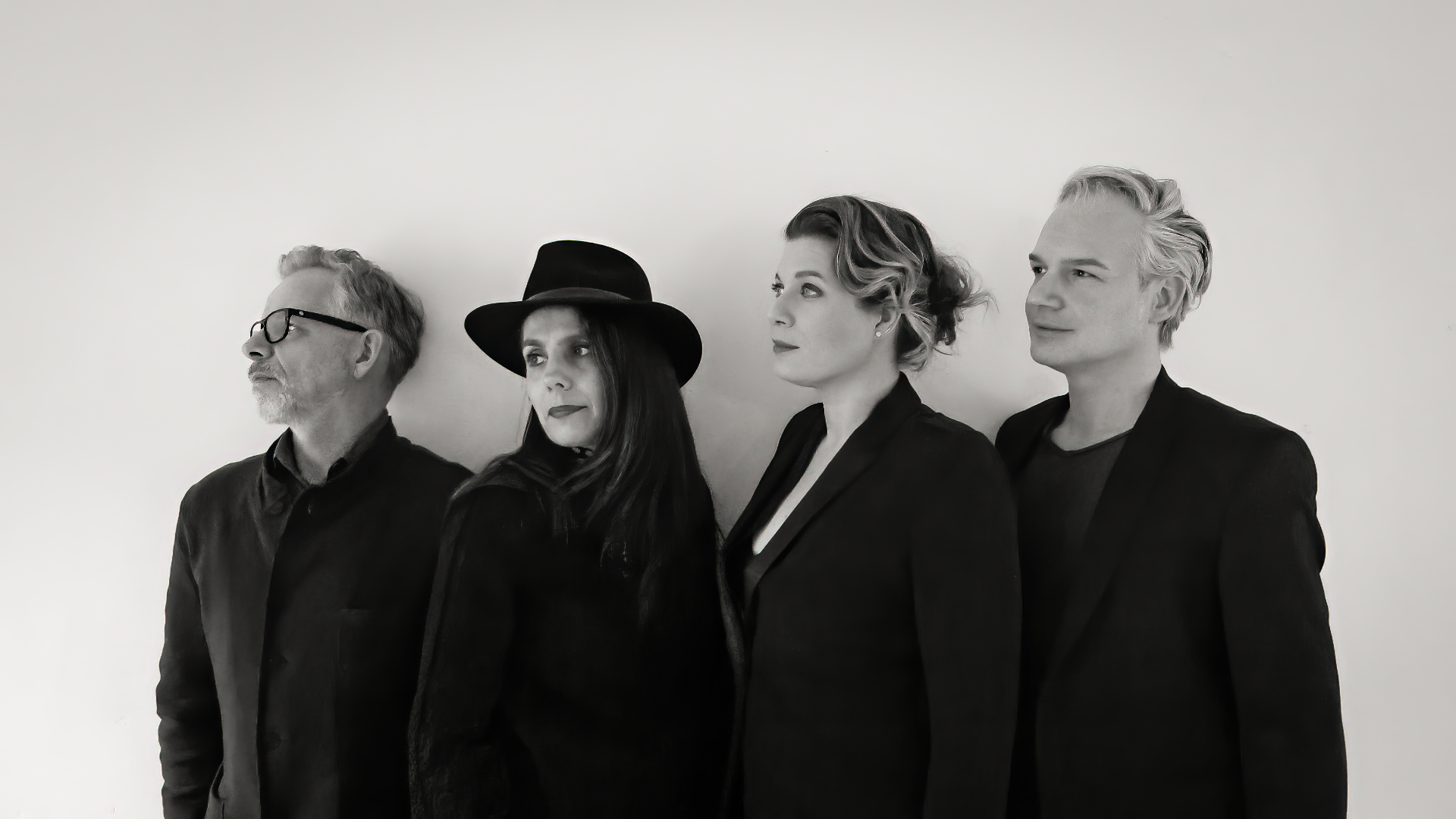