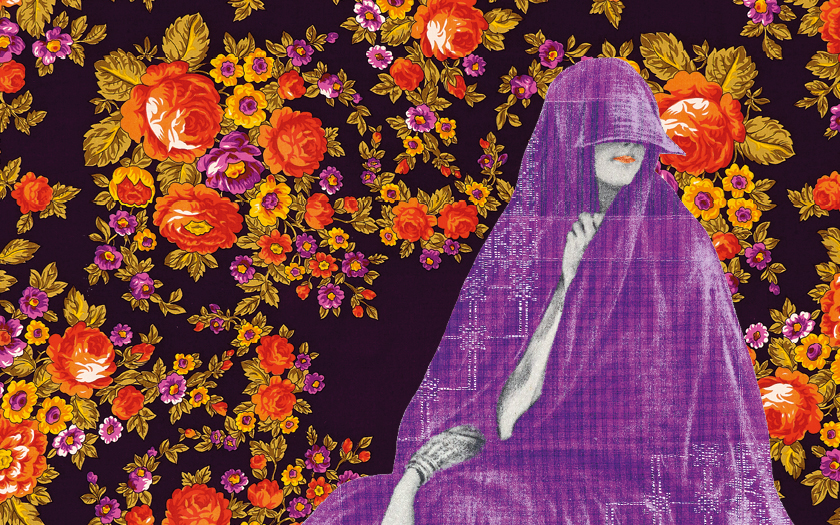 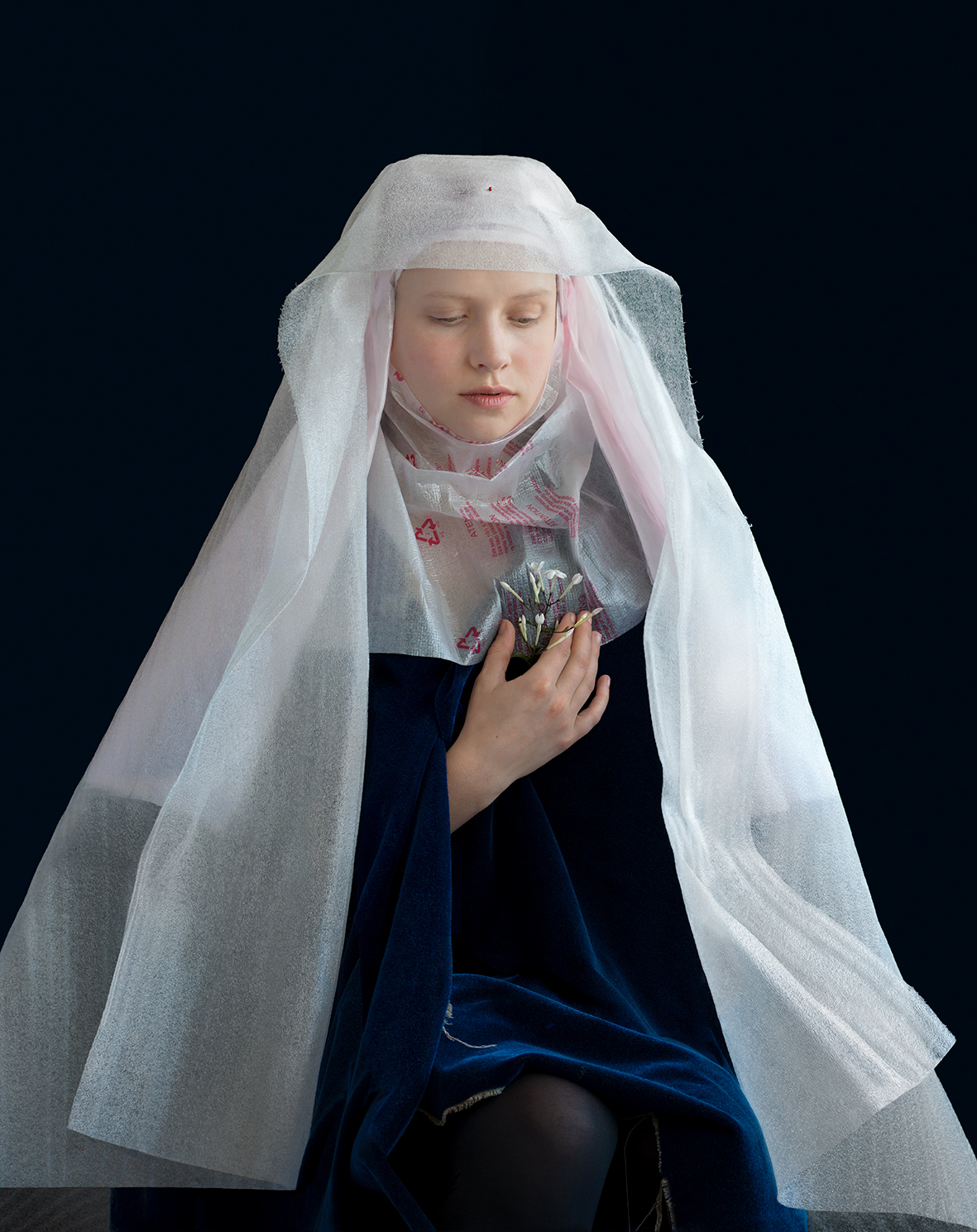 In the Christian tradition, the veil becomes a symbol of dignity, chasteness, and virginity, and Saint Paul urges women to veil their faces when talking to God. Loose hair is regarded as immoral and only accepted as the exclusive prerogative of the Virgin Mary. The covered head is one of the privileges of married women, similar to the traditional habit of nuns, with mourners wearing the widow’s veil. In the Late Middle Ages, dress codes determine how women are to cover the heads and necks in the cities of Europe.

In the early 1920s, the Pope deplores the imprudence of women who defy the limits of chasteness by dancing in “indecent” clothes. In the period of National Socialism, both headscarf and the traditional “dirndl” costume are intended to convey a sense of homeland, a certain national pride, and local authenticity. In the 1950s, the printed headscarf becomes a fashion accessory of luxury, elegance, and emancipation. The structure of power in gender relations is increasingly challenged. In Austria the patriarchal model of marriage is replaced by the principle of equality and partnership as late as 1976.

While some young Muslim women wear the headscarf as protection against dirt or wind, or for reasons of personal identity, others create a certain streetwear look – colourful and cheeky, sexy and yet modest. In Iran activists with loose hair choose highly visible spots at busy intersections and wave their headscarves as a sign of protest. At the same time, Western designers are guided by 1950s fashion and offer vintage headscarves as part of their collections. Queen Elizabeth II is still gracefully wearing her Hermès headscarf to this day – and not only when going for a ride.

The Weltmuseum Wien presents 17 distinct positions related to wearing headscarves and hopes to expand your opinion of this piece of cloth by new (and perhaps surprising) aspects.